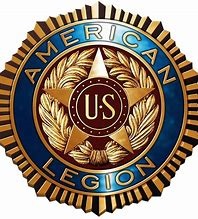 Ralph L. Hall passed away peacefully on September 12, 2022. Born in Boston he was the son of the late Ralph N. and Irene (Fogel) Hall. Ralph was raised in Dorchester. He was predeceased by his sister Lois. Ralph attended Boston Public Schools and graduated from Dorchester High School for Boys in 1949. He served in the Navy from 1952 until 1956 during the Korean War. Ralph married Rita Bertram in April 1953 at Saint Marks Church in Dorchester. He attended Northeastern University Evening Program before transferring to Boston State College where he earned both a Bachelor of Science and Master’s degree in Education.

In 1963, Ralph began his career at the Boston Trade School as an electronics teacher. Ralph also taught evening programs for Quincy Vocational, the Boston Indian Council and Brockton Adult Education. In 1993, Ralph retired after 30 years of dedicated service with the Boston Public Schools. Ralph is a member of the Local 103 Electrical Union and was an instructor in the Apprentice Program. In addition to teaching, Ralph worked briefly for the Boston Herald as a consultant on an Exposé about TV repair. Ralph owned and operated his own TV repair shop in Neponset.

Ralph enjoyed many activities during his lifetime which included family get-togethers and wintering with Rita in Stuart, Florida. He spent much of his time on the golf course. The couple enjoyed taking cruises and visiting Key West where he had been stationed. Ralph was a lifelong fan of the Boston Red Sox. He loved his cigars, listening to Frank Sinatra and scratching lottery tickets. Every morning he solved the daily crossword and word jumble in the paper. Ralph always clipped articles to share his love of learning new things with his grandchildren.

Ralph’s service will be held on Saturday, September 17th at the Alfred D. Thomas Funeral Home, 326 Granite Ave in Milton at 11am. His burial will directly follow at the Cedar Grove Cemetery in Dorchester. Visiting Hours will be on Saturday from 9am to 11am. Relatives and friends are invited.

Your browser does not support this video format. You should be able to view it in Chrome, Safari or Internet Explorer.
SHARE OBITUARY