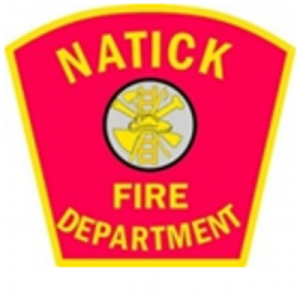 John Francis “Jake” Feeney IV passed suddenly on August 4th in Milton.  Jake was born and raised in Milton and graduated from Milton High School in 2009.  He was an EMT with Eascare Ambulance.  Thereafter, Jake graduated from Para Medic School with PRO Ambulance in Cambridge where he still worked as a Para Medic.  In February 2020, Jake realized his dream of becoming a firefighter when he graduated from the Massachusetts Fire Academy in Springfield.  Jake was a firefighter and first responder for the Natick Fire Department.  Two weeks after graduation, Jake was on the front lines of the Covid Epidemic.  He was passionate about his work helping people.  Jake was kind, strong and true to everyone who knew him and to those he didn’t know.  Jake was modest, humble and a conscientious hard worker.  He was fluent in French, played the guitar and loved an occasional fishing trip.  In his youth, he played high school football for Milton and youth baseball, hockey and soccer.  Jake’s passing leaves a huge hole in our family which can never be filled.

Joining his beloved sister Christina Mary Feeney in heaven, Jake leaves behind his loving and devoted mother Sheila Sweeney and her partner Shawn Davis of Milton, his grandmother Mary Sweeney and the late Matthew J. Sweeney Sr. of Dorchester, his aunt Marylou Sweeney and her partner Mary Ellen Palingo of Weymouth, his aunt Dorothy (Dolly) Woods and her husband Tom of Milton, his uncle and godfather Matthew J. Sweeney, Jr, and his wife Jill and cousins Connor and Ryan of Dorchester.  Jake is also survived by his father John F. Feeney, III of Dorchester who recently moved to Cape Cod, his grandmother Rita Feeney of Milton, his aunt Donna McLaughlin and her husband Peter of Milton, his aunt Carol McGrath and her husband Larry of Bridgewater and cousins Lauren and Steven McGrath and Julia and Leah McGrath.  Jake leaves behind many, many heartbroken friends, new and old, including the Natick Fire Department and PROAmbulance.

Visiting hours at the Alfred D. Thomas Funeral Home, 326 Granite Ave, Milton, Sunday 4-8pm.  Due to the Current Covid 19 restrictions only 20 guests are allowed in the funeral home at a time, masks are required, and guests should bring their own pens to sign the register book. A private Funeral Mass will be at St. Agatha’s Church, Milton, on Monday.  Burial Milton Cemetery.  In lieu of flowers expressions of sympathy may be made to The Professional Firefighters of Massachusetts Foundation,2 Centre Plaza,Suite 4M, Boston, MA 02119.  To live stream the funeral go to https://vimeo.com/445581701.

Your browser does not support this video format. You should be able to view it in Chrome, Safari or Internet Explorer.
Please click here to view the video tribute