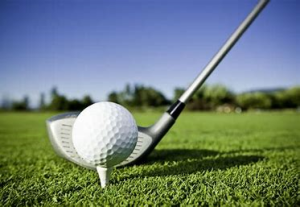 Mary Twomey Sheffield, age 77, of Milton, daughter of the late David and Bridget Courtney Twomey of Forest Hills, MA peacefully passed away September 22nd surrounded by her loving family. Born and raised in Forest Hills, she graduated from Mission High School and Boston College School of Education. Mary was an educator, teaching special needs and elementary school. She taught at the Joseph Lee School in Dorchester for more than 25 years. After retiring from the Boston Public School system, she served on the faculty of Simmons College in the Masters of Education department, teaching and coaching the next generation of teachers.

Mary was active in the Town of Milton and served as an elected Town Meeting Member from Precinct 4 for twenty years, from 1975 to 1994. She also served on the committee established to decide the fate of the then-closed Cunningham School. She was a long-term member and past president of the Milton Junior Women’s Club and later the Milton Women’s Club. She was active in St. Mary of the Hills parish, teaching CCD and was a member of the faith formation team.

Mary was an avid golfer and a member of the Milton Hoosic Club in Canton and Del Tura Country Club in Fort Myers, FL.

Visiting hours at the Alfred D. Thomas Funeral Home 326 Granite Ave., Milton, Wednesday 4-8 pm.  Funeral Mass at St. Mary of the Hills Church, Milton, Thursday morning at 10:00 am. Burial in Milton Cemetery. In lieu of flowers, donations may be made in Mary’s memory to a charity of your choice.

Your browser does not support this video format. You should be able to view it in Chrome, Safari or Internet Explorer.